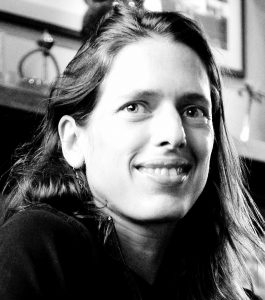 Antonia trained as an actor at the Oxford School of  Drama and is an experienced dramaturg and deviser, specialising in creating new and original theatre with a variety of companies and artists, including Arts-Council- funded companies Demonstrate, Little Wonder, Fruits of the Womb, Neongrannies, Primitive Science and Point Blank and the Malawian company Nanzikambe where she was one of four British actors devising a show about the crisis in Zimbabwe. She was an artistic associate of the Playground Studio, London, where she contributed to development phases of a number of productions, including the Samuel-Beckett award-winning Terrific Electric. 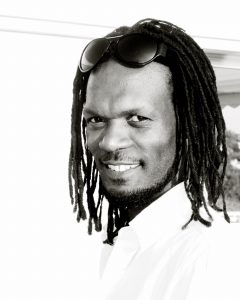 Shyne trained at the National Ballet School in Harare, Zimbabwe and became a founder member of Zimbabwe’s first contemporary dance company Tumbuka Dance, under the artistic directorship of Neville Campbell (formerly of Phoenix Dance Theatre, Leeds). With Tumbuka, Shyne toured internationally and was nominated as best male contemporary dancer at Dance Umbrella in Johannesburg in 1994. Among his many appearances, he performed several times at the Avignon Festival in France, at the Place in London, the Polé Polé Festival in Belgium, the Masa Festival in Cote d’Ivoire and the contemporary dance festival in Belize.
Unfortunately in 2004, just as he was about to embark on a collaboration with Dance Theatre of Harlem, Shyne was involved in a car accident that initially left him completely paralyzed and he was told he would never walk again. After a period of recovery, Shyne moved to Malawi, where he became movement director for the arts organisation Nanzikambe and began to establish a contemporary dance company. While working on a cross-cultural production on the crisis in Zimbabwe he met his British wife and shortly after moved to the UK. Since then he has performed in a devised theatre project about the Scramble for Africa at the Battersea Arts Centre, adjudicated for the Dance World Cup in Austria and led theatre projects with vulnerable young people in Hackney. 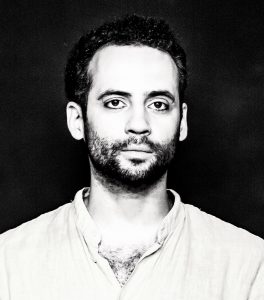 Vinicius Carvalho works internationally as a physical performer, mime and movement practitioner. He has been presenting his work in the UK, Brazil, France, Italy and India. Born in Brazil, Vinicius moved to London to specialise in corporeal mime at the International School of Corporeal Mime, after studying performing arts at the University of Campinas in Brazil. He also runs his own company, Fool’s Cap Theatre, which received the support from the Arts Council England in 2015. Performing credits include: Theatre de l’Ange Fou, Action Transport Theatre, ZeroZero company, Terabac.

Clara is a French video artist based in London. Using video installations, she explores the viewer’s sensuous body through dreams and illusions. She developed a research method which tends to interrogate and challenge the audience in order to create an awareness of the place of the sensuous body and the question of reconnection. Earlier this year Clara collaborated with Follow Through Collective & Co to create projections for their dance piece “Drowning” that formed part of Resolution at the Place.

Alan studied the MA in Performance Studies at Central School of Speech and Drama. His composition and sound design has appeared in a number of productions, including Summer and Smoke at the Oxford School of Drama and Stuck/Unstuck for Ambitus Theatre.

Love Across the Line